For example, if we have a well named Hunter, it may now be an oil producing well, but in the future when it stops producing oil, it may be converted into a water injection well. The system stores the time of this transition so it knows the period of time in the past where the well was an Oil Producer and when it became a Water Injector.

In the example below, before 2016 the Hunter well has attributes that relate to an oil producing well (e.g. Oil Production). After 2016, Hunter will change to a water injection well and the attributes that we are interested in will be different (e.g. Water Consumption).

Note that a Start Time or End Time of NULL indicates that the template applies for all of time, which would be the most common start and end times in the system for templates. Items would normally only have a primary start or primary end time when an entity transitions from one type to another, such as from an Oil Producer to a Water Injector. 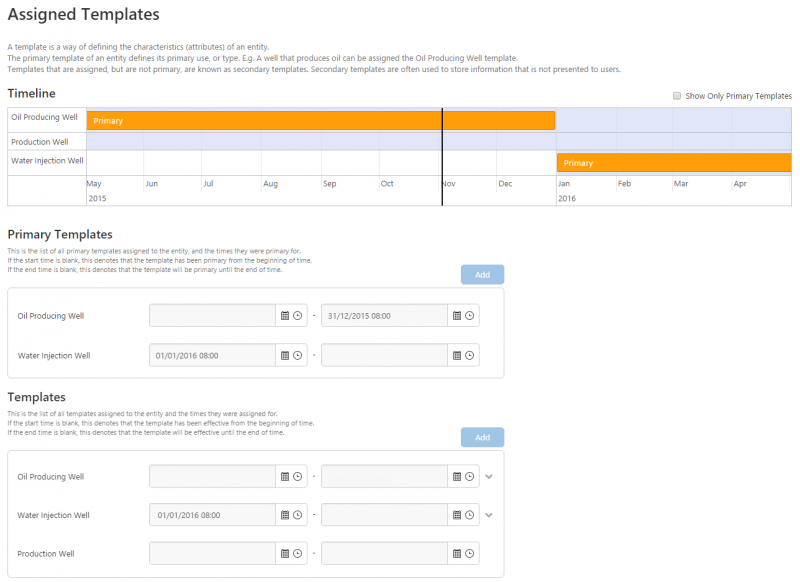 An example of a template instance in P2 Server Management Studio